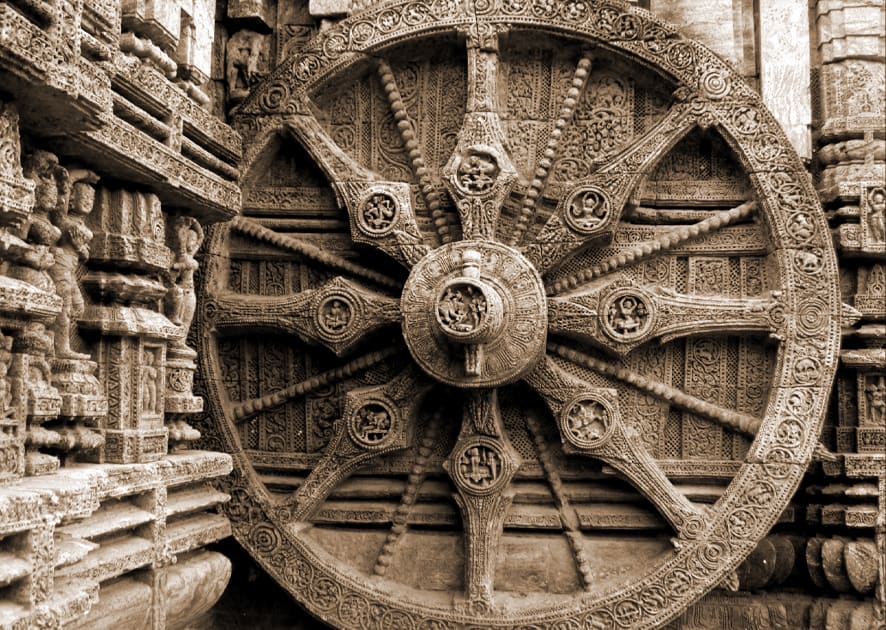 “Karma” and “Dharma” are major concepts we need to understand more fully while we engage in the conscious pursuit of becoming better citizens of the universe. In his current May-June newsletter, Vedic Astrologer Ron Berger wrote:

The word ‘Karma’ is popularly understood as the Law of Cause and Effect, or: “As you sow, so shall you reap.” From that point, it gets more complicated, with many different types of karmas arising from a myriad of actions, creating an intricate web of consequences which ensnare the soul in innumerable lifetimes. Some of these karmas will have pleasant outcomes; others not so pleasant.

Some of these karmas are unavoidable, known as ‘Dridha’ karmas. Due to the intensity of whatever past action caused them, these karmas manifest in this lifetime as lessons and circumstances that give no choice. Other karmas are ‘lighter,’ i.e., they are more negotiable; there’s more ‘wiggle room’ and therefore more choice. These are termed ‘Adridha’ karmas.

The word ‘Dharma’ has a bunch of meanings ascribed to it in modern times. It’s original meaning was ‘Duty’, a concept that was much prized in a traditional culture like ancient India, where ‘Doing what you were born to do” was considered the best way to lead your life. We can reduce this down to the concept of ‘Life Path,’ i.e., your overall purpose, or if you prefer, “The Soul’s Purpose.” The basic idea is that Dharma is something more high-minded, more intentional, compared to Karma, which seems more fated. Dharma is associated with righteousness, and often gets lumped in with Religion.

In a larger sense, Dharma is The Law, or more accurately the Laws, that govern human existence. By acknowledging and willfully participating in the natural laws that underlie our lives, we can consciously fulfill our Karma, our inherited fate. And herein lies the connection between Karma and Dharma: the conscious practice of dharma becomes the remedy for karma. We don’t have any way to reach back into our past actions and change what we did that produced our present circumstances. The unseen past and its consequences appear to manifest as our own personal uncontrollable chaos. But with the Dharma we can, theoretically at least, purposefully align ourselves with the Universal Forces, and through Righteous Actions, start to rectify the accumulated karmas that restrict our lives.

If there have been lifetimes of disregard for The Dharma, then the person will continue to live in a personal hell, until things get difficult enough that they “see the light” and turn to God. In this way, difficult karma can be a blessing, since it will (eventually) put a person on the path of righteousness.

Another important idea is that your vocation is your dharma. The word ‘vocation’ is being broadly interpreted here; in today’s world it is used to describe your professional activities. But your Dharmic Vocation would be more than just that. Broadly speaking, it’s simply what you do out in the world. To do what you do in the world as a manifestation of dharma means that your personal actions are in alignment with the Universal Order. How you ‘serve’ is central to the idea of living a life grounded in The Dharma. Generosity and Charity are another major expression of Righteousness, and therefore, the Dharma.