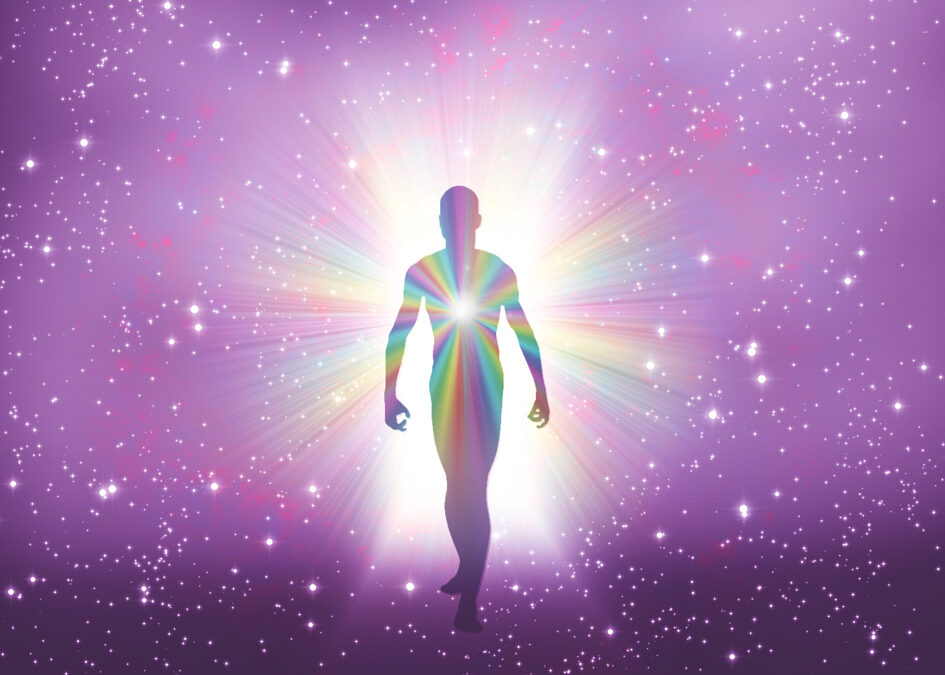 by Greg Anderson  •  As children, we all had questions. We heard the term God and wondered, “Who is God?” it’s not an unknown question on this planet. It’s been asked by many. And, “Where is he?” and “How do we find God?” These are questions that have existed for centuries.

We enter the path of Self-Realization when we first decide we want to seek God. And Self-Realization is when there is a union between the creative forces of divine Father and divine Mother in our heart which changes us forever. As we work with that union and it consciously resides within us permanently, we call it Illumination.

I believe that’s what Jesus meant when he said, “I and the Father are One.” Cosmic consciousness is what Sunburst’s Founder Norman Paulsen experienced as he followed the life stream of his Divine parents to the center of all creation.

Spiritual experiences are difficult to put into words. Brother Norm said that it took him over 20 years to be able to describe his experience of Cosmic consciousness. Each of our experiences are different just as we each have a different face. No two faces are exactly identical, and the way we perceive the Divine is unique to each of us.

A few years ago when my wife and I sat in our meditation room for evening meditation, I began performing Kriya circulations, counting them as I went along. Suddenly that part of me that was aware was whisked to a different dimension. Here I saw and spoke with those beings from this planet who had reached full illumination. One of them embraced me, and I felt prolonged bliss for the first time in my life.

Suddenly I was back in my meditation room, but instead of being consciously in my body, it was as if I was an observer watching my body sitting in lotus position on my meditation pad. Divine bliss is difficult to describe. It would be like describing chocolate to somebody who’d never tasted it. The best way that I can explain it is: every atom and every electron is suddenly spinning in synchrony, and in between the spaces of the electrons is nothing but love. As I looked as though from above, I could see divine life force circulating through the energy centers of my body and the chakras of my spine.

I also saw my own inner-dimensional tunnel; it was completely flooded with light, rising like a river from beneath me to my heart chakra. I saw rivulets of energy appear and disappear all throughout my body. As I looked above my head, a white string of light connected to the crown of my head. And as it entered through the crown it was like a waterfall of white light moving slowly downward.

When that great light from below met the great white light from above, there was not an explosion. There was an expansion. It was the union of our Divine Father and our Divine Mother in my heart. And as it expanded, waves of light in the color of gold moved out from my body and in all directions three or four feet away from my physical body. I felt connected to God in a very literal way.

Then I felt a hand on my arm. I was back in my body, and Elena was saying, “Are you alright? You were crying.”

My tears were of joy. I witnessed, in my own way, the true nature of our Divine Mother and Divine Father rebirthing, or recreating a new person within my heart. This is a process, and it will continue to be a process as long as I do the things that allow me to grow: as long as I continue to meditate, to live virtuously, and to ask for God’s grace.

At this very moment, YOU are equipped atomically, molecularly, cellularly in this very body, for Cosmic consciousness, Illumination, and Self-Realization. No matter who you are, no matter what you’ve done, God is within.

Oh Divine Creator, Mother and Father, reveal thyself to me. Live in my heart. Dwell in my spiritual centers. Show me how to find my life stream and ride it home to you. Amen