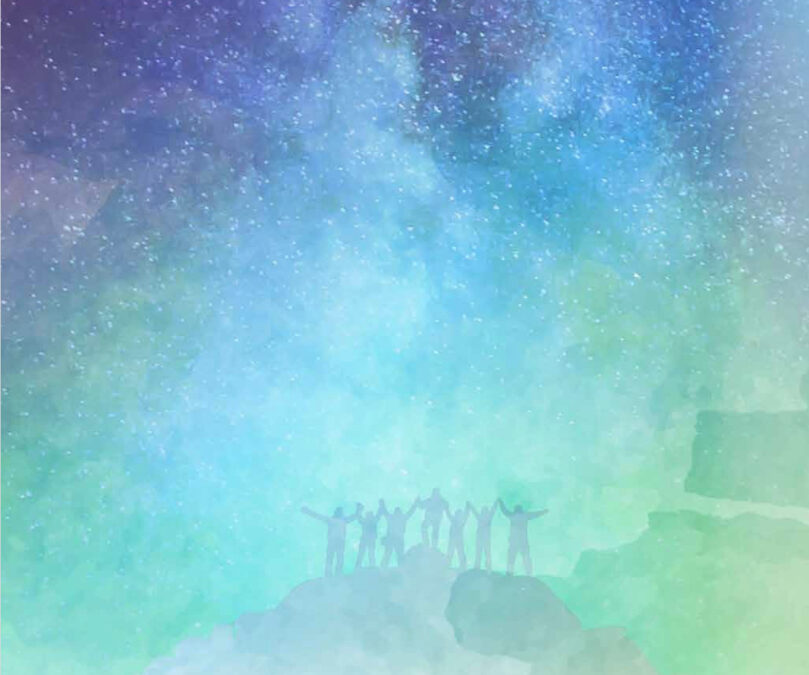 •  by Greg Anderson  •  Paramahansa Yogananda said a day will come when all humans on Earth will be Christ-conscious. How do we get it? What exactly is it? How does it change us?

In 2013, I had an experience in meditation. I started doing Kriya circulations, and several events occurred. The final thing that happened is that I was allowed to see myself in meditation. As I inhaled, my chakras lit up like someone was blowing on the hot coals of a fire. As I exhaled, I could see the same thing happen from above, moving downward.

I realized that brother Norm was right, the heart chakra was gold, it was very visible. I also realized, there were two shafts of light coming down through my astral spine, and they were almost connected. While I was watching this, I realized: “This is my divine feminine and my divine masculine. They’re about to meet for the first time in power, in my heart chakra.” When they did, there was an immediate expansion of my heart chakra. The light was gold and emanating in all directions, and I felt bliss at that moment: “Don’t let this ever end!”

Christ consciousness ignites in that divine embryo in each of us. It grows in our heart chakra, and enables us to begin the journey all the way to cosmic consciousness.

So, what changed in me? After that experience, my body didn’t feel the same. My mind was expanded. Service to others became very important to me. My connection to nature became different. I’d never been a tree-hugger but, I found myself actually saying to my wife that one of the plants in our yard looked happy after the rain. I would never have said that before 2013.

I have more empathy for people. too. I feel connected to people that I’ve never met—you and I are one in that we’re all connected to the same Creator. After my experience, I really felt like I was now “Greg 2.0,” a different me. My perspective was changing. A new being had occurred.

Those are the kind of changes that I felt. I know Divine Spirit wants each of us to experience this. I know that it may never have happened in my life had I not come to Sunburst on a weekend when a training in Kriya meditation was offered.

It’s, by far, one of the greatest gifts that I have received in this lifetime. Take advantage of Kriya meditation training, if you haven’t done so yet.

I don’t think any of these steps forward in consciousness that we make happen suddenly. They happen over a long period of time, and maybe over many lifetimes. Be patient; it may not be for you exactly as I described my experience. However, if you practice Kriya meditation, you will experience Christ consciousness. That spiritual embryo will begin to grow and mature, others became very important to me.