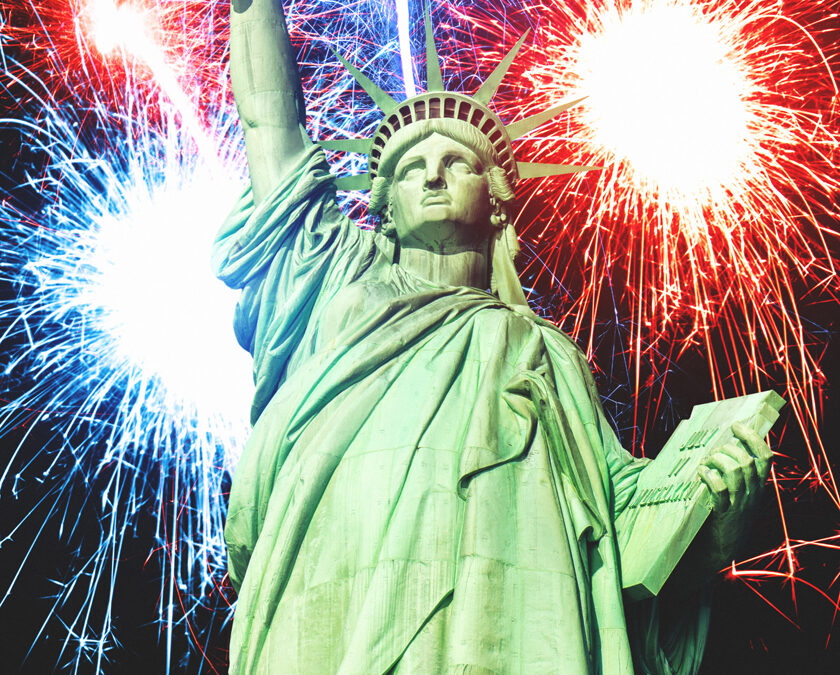 excerpted from “The New Path”, by Swami Kriyananda

Paramahansa Yogananda often spoke of America’s high spiritual destiny. When first I heard him do so, I marveled. America? All that I knew of this country was its materialism, its competitive drive, its smug, “no-nonsense” attitude toward anything too subtle to be measured with scientific instruments. But in time that great teacher made me aware of another aspect, an undercurrent of divine yearning—not in our intellectuals, perhaps, our self-styled cultural representatives, but in the hearts of the common people.

Americans’ love of freedom, after all, began in the quest, centuries ago, for religious freedom. Their historic emphasis on equality and on voluntary cooperation with one another reflects principles that are taught in the Bible. American’s pioneering spirit is rooted in these principles. And when no frontiers remained to our people on the continent, and they began exporting their pioneering energies abroad, again it was with the spirit of freedom and willing cooperation that they carried with them, setting a new example for mankind everywhere. In these twin principles Paramahansa Yogananda saw the key to mankind’s next upward step in evolution.

The vision of the future he presented to us was of a state of world brotherhood in which all men would live together in harmony and freedom. As a step toward this universal fulfillment, he urged those people who were free to do so to band together into what he called “world brotherhood colonies”: little, spiritual communities [including meditation groups that gather regularly] where people, living and working together with others of like mind, would develop an awareness of the true kinship of all men as sons and daughters of the same, one God. …

Because the pioneering spirit is rooted in principles that are essentially spiritual—implying the perennial quest for a higher as well as a better way of life—that spirit has not only expanded men’s frontiers outwardly: in recent decades, especially, it has begun to interiorize them, to expand the inward boundaries of human consciousness, and to awaken in people the desire to harmonize their lives with truth, and with God.

It was to the divine aspirations of these pioneers of the spirit that Paramahansa Yogananda was responding by coming to America. Americans, he said, were ready to learn meditation and God-communion through the practice of the ancient science of yoga—meaning…Self-integration…conscious union with the Infinite Spirit, God. …A practitioner of the yoga science, acquires outwardly also a vision of the underlying unity of all life.